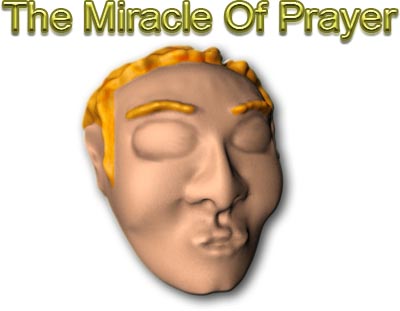 We read in Mark 11:24 (KJV) "Therefore I say unto you, What things soever ye desire, when ye pray, believe that ye receive them, and ye shall have them." When you start praying and believing all things become possible! Expect anything to happen. This happened when the disciples prayed "And when they had prayed, the place was shaken where they were assembled together; and they were all filled with the Holy Ghost, and they spake the word of God with boldness." (Acts 4:31 KJV). By asking and believing for the power of the Holy Spirit they received!

We should always pray fervently: "...labouring fervently for you in prayers..." Colossians 4:12 (KJV). Always praying in the Holy Ghost. Sometimes people are shocked how supernaturally God answers prayer! We can read a Biblical account of this in Acts chapter 12. Peter was locked up in prison, the Church prayed without ceasing for him but were still shocked at the outcome:

"Peter therefore was kept in prison: but prayer was made without ceasing of the church unto God for him. And when Herod would have brought him forth, the same night Peter was sleeping between two soldiers, bound with two chains: and the keepers before the door kept the prison. And, behold, the angel of the Lord came upon him, and a light shined in the prison: and he smote Peter on the side, and raised him up, saying, Arise up quickly. And his chains fell off from his hands. And the angel said unto him, Gird thyself, and bind on thy sandals. And so he did. And he saith unto him, Cast thy garment about thee, and follow me. And he went out, and followed him; and wist not that it was true which was done by the angel; but thought he saw a vision. When they were past the first and the second ward, they came unto the iron gate that leadeth unto the city; which opened to them of his own accord: and they went out, and passed on through one street; and forthwith the angel departed from him. And when Peter was come to himself, he said, Now I know of a surety, that the Lord hath sent his angel, and hath delivered me out of the hand of Herod, and from all the expectation of the people of the Jews. And when he had considered the thing, he came to the house of Mary the mother of John, whose surname was Mark; where many were gathered together praying. And as Peter knocked at the door of the gate, a damsel came to hearken, named Rhoda. And when she knew Peter's voice, she opened not the gate for gladness, but ran in, and told how Peter stood before the gate. And they said unto her, Thou art mad. But she constantly affirmed that it was even so. Then said they, It is his angel. But Peter continued knocking: and when they had opened the door, and saw him, they were astonished. But he, beckoning unto them with the hand to hold their peace, declared unto them how the Lord had brought him out of the prison. And he said, Go show these things unto James, and to the brethren..." Acts 12:5-17 (KJV).

God had performed a wonderful miracle answering the Churches prayer, sending an Angel to set Peter free, but notice they were astonished! God is truly a miracle working God, answering impossible prayers using His supernatural powers. He often even surprises His Saints! His power is awesome! Pray in the Spirit and God will answer you in the Spirit. The Word of God says: "Pray without ceasing." 1 Thessalonians 5:17 (KJV). Expect a Miracle. THE MIRACLE OF PRAYER!