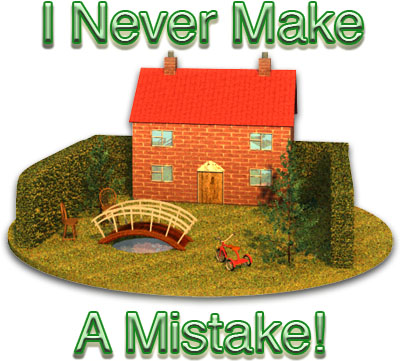 Andy was a thirty nine year old Gardener. He was a very busy man, because he was very good at his job! Everyone could rely on Andy, cutting their lawns, planting flowers, weeding, whatever was needed to do in the garden, and Andy was there! People were always saying, " I wish I could rely on everyone, like I can on Andy".

One day Andy received a telephone call from a new customer. The lady explained that she wanted her hedge cut very low as soon as possible! She gave Andy the number of her house, and where she lived, and said that she is often out, so could he cut the hedge even if she wasn't there, and that she would pay him later. Unfortunately Andy mistook her house number!

The next day he went to the house he thought was hers, which was in fact the house next door. It had a very high hedge! Andy thought, "This is going to take a long time to cut it's so high" So Andy worked away hard cutting the hedge, then after a long time the hedge was nice and low! The lady of the house came running along " What have you done to my lovely tall hedge?" she said. "I have cut it as low as possible, as you said on the phone" Andy said. "I never called you on the telephone, that was my neighbour Kitty!" she said. "O no! I have cut the wrong hedge----I NEVER MAKE A MISTAKE----like that!" said Andy!

Many people say, "I am a born again Christian, I never mess up, or make a mistake, I never sin" The Bible says "But if we walk in the light, as he is in the light, we have fellowship one with another, and the blood of Jesus Christ his Son cleanseth us from all sin. If we say that we have no sin, we deceive ourselves, and the truth is not in us. If we confess our sins, he is faithful and just to forgive us our sins, and to cleanse us from all unrighteousness. If we say that we have not sinned, we make him a liar, and his word is not in us"1 John 1:7-10.